About us » Schola Maastricht 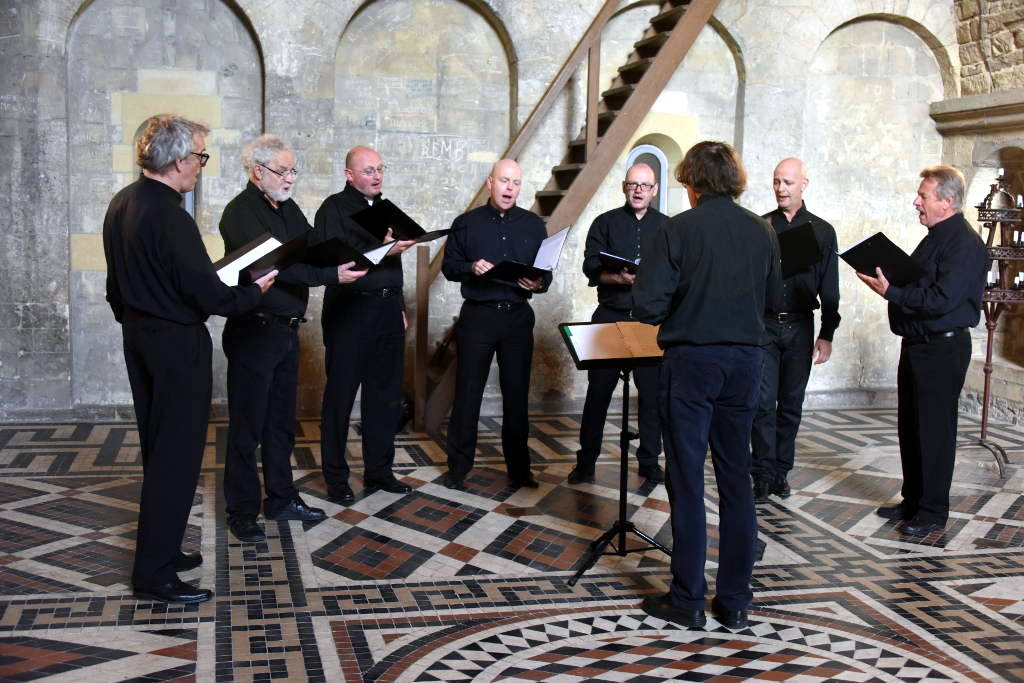 The Schola Maastricht consists of professional musicians who from their own disciplines (singing, choir conducting, organ, school music and music theory) during and after their education at the conservatory have specialised in gregorian chant. Most of them were trained by Dr. Alphons Kurris at the Maastricht Conservatorium in a postgraduate study of gregorian chant. During this course guest lectures were given by a range of specialists, amongst others by Godehard Joppich, Johannes Berchmans Göschl and Kees Pouderoijen in specialised areas including rhetoric, principles of articulation, and modality. After their study they felt the need to stay together als a vocal and study group and as a result the Schola Maastricht under the supervision of Alphons Kurris was formed in 1994.

The Schola Maastricht's semiotic interpretation is particularly based upon tenth-century manuscripts from St.Gall and Metz. In reconstructions the Schola follows the method and principles as applied in the 'Vorschläge zur Restitution' of the 'Beiträge zur Gregorianik'.

Radio and television recordings were made by Dutch broadcasting companies KRO, VPRO, NCRV and Omroep Limburg on various locations. The Schola Maastricht has participated with great success in the gregorian festival in Watou (Belgium) 2000 and 2012, the festival 'Les Academies Musicales' in Saintes, the 'Festival van Vlaanderen', the festival 'L'Europe et l'orgue' in Maastricht, the 'Gregorianisches Choralfestival' in Vac (Hongary) 2002/2005 and the 'AISCGre-congres' in Hildesheim (Germany) 2003.

The schola is not a church or parish choir and mainly performs as a concertante choir.